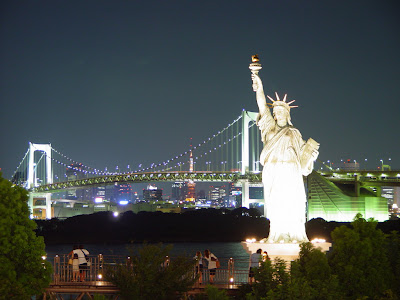 I guess if you want to see NYC you better go soon. The moves that the libs are discussing will destroy the city. As it is NYC is held together by a small number of earners who support those receiving government support. Those who are productive members of society (the workers=earners=the rich in Obama speak) are already leaving the city because they are being taxed to death. The city is feeling the loss of income from these citizens. This story makes me see the future of the city as even more uncertain.

Who in their right mind would work hard and give 57% away in taxes? I realize that many already do. In fact if you add all the taxes we pay, including sales tax, many of us probably pay close to that amount to our government. (I have always admitted that numbers are not my thing and I am sure someone has done the math so feel free to find it somewhere in our vast internet of information.) Do those proposing these taxes not realize that folks with half a brain will move out of the city to avoid the taxes?

Wake up people! Not only are the taxes required to fund this healthcare proposal going to drive many to the edge but if you are at all alert you have to have heard countless stories where government run healthcare has failed! Americans are used to receiving treatment they need when they need it. This new system will force you to wait and as you age your priority will be lowered. Are we really in a healthcare crisis? I think not! Why is our government telling us we are in a crisis everywhere we look?

We went out for a ride last night and despite our economic woes I saw cars in the lots of every restaurant and I am not just talking drive-thrus! How can this be? Yep, unemployment is up and I would be lying if I said I don't fear job loss but why are we losing jobs? Businesses are being taxed and regulated to death! Loosen the noose and we will see jobs opening up! Americans need to start being in the business of building and creating, not shipping those jobs overseas.

How did I stray from New York city to healthcare to unemployment and job creation? They are all connected by our government. A government that wants to grow and has taken on a life of its own. A government that forgets who its boss is- us, the American people. It is time that we tell this administration to stop. Stop creating a crisis. Stop spending our money. (look at how some of your tax dollars were spent recently) Stop rewarding those who don't work (did you hear that those on assistance in Colorado may be getting free cell phones??)and punishing those who produce. Stop appointing people with radical views to positions of power. It is time that we as Americans stop too. We need to stop seeing each other with labels and look at this mess with open eyes. Too many have worn the label Democrat or Republican on their lapel and refuse to listen to the other side simply because of that label when in fact the other side just might have some insight. My argument is with politics as usual. Idealists voted for hope and change. I don't know about you but the changes I see offer me very little hope for this great country.

Photo source
Posted by Sue at 6:05 AM

President Obama is in New Jersey today stumping for Jon Corzine. Wish you were here - with your Little Red Hen sign! Tracy

I would just as soon stay out of New York City! Taxes and government spending are going to be the downfall of our great country. Virtually everyone wants big daddy government to take care of their needs or wants. I don't even recognize the USA anymore.

Sue,
I have stayed away from blogging for awhile...both my "regular" blog and my new "politics and religion". I am still letting the fact that my one and only child is engaged. I just don't have the heart right now to get back in the fray. PLEASE keep posting. LOVE your blog and your thoughts about what is wrong in this country.

You know what would be sweet? Finding some honest people to send to Washington. People who mean what they say and say what they mean. I'm so sick of corruption on every side - and I'm really, really, really sick to death of our government taking over our America and doing it under the guise of "we know what's best for you". I'm sick of the word "hope" being perverted to mean "Obama" and I'm sick of the word "change" being used as a mantra to turn America away from all things "Bush". And I'm especially sick of the media and their lack of ability and/or willingness to report FACTS that we, as Americans, should be made aware of. Instead, we get opinions and drivel. It's all so frustrating - I feel a revolution coming on!